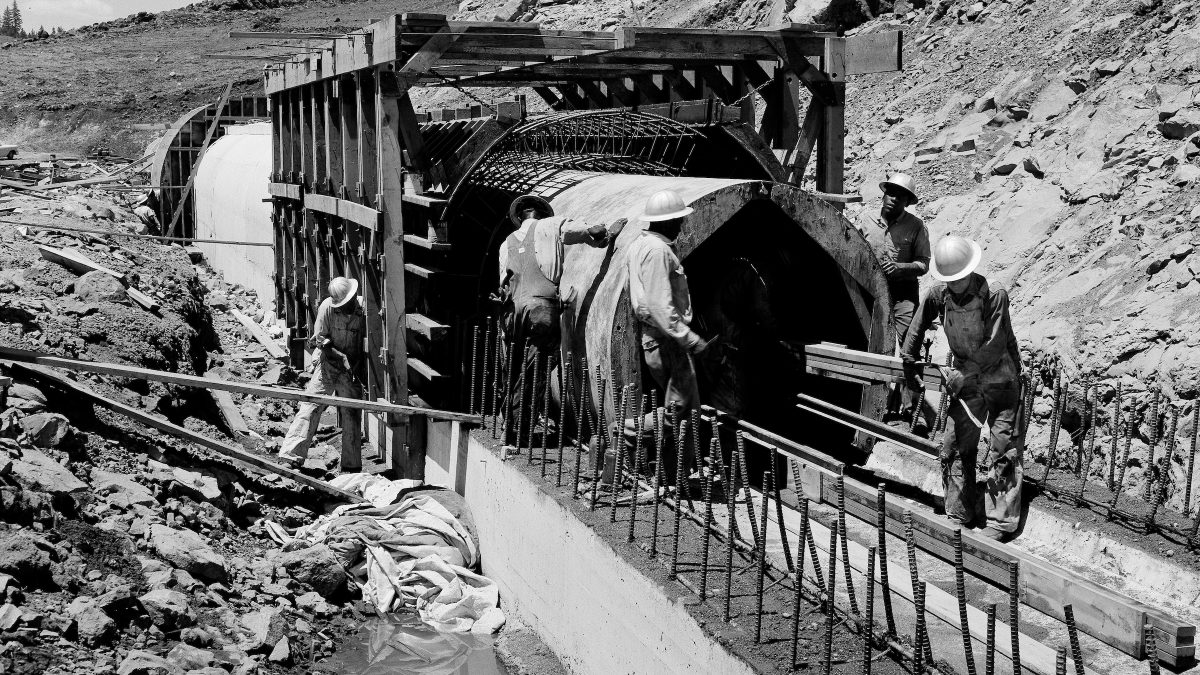 A construction crew works on the outlet conduit at the Frenchman damsite in southeastern Plumas County, California. Construction of the California State Water Project facility began in 1959 and was completed in 1961, making it the tallest of the three Upper Feather River dams at 139 feet tall. Photo taken June 16, 1960. Clay Dudley / California Department of Water Resources

In the late 1950s, the California Department of Water Resources (DWR) laid the framework for future water development in California and received funding to build the State Water Project (SWP), a “Trans-Delta system” to convey water from the Sacramento and San Joaquin Rivers to south Delta pumps for distribution to millions of residents through the California aqueduct system.  When the SWP was built in the 1960s, planners intended to carry water to the state pumping plants through a 43-mile peripheral canal skirting the eastern edge of the Delta. For cost reasons, the originally proposed peripheral canal was not built and a subsequent statewide referendum was defeated. Over the next few decades, ever more rigorous science was developed to better understand the relationship between water infrastructure, native fisheries, and water quality.